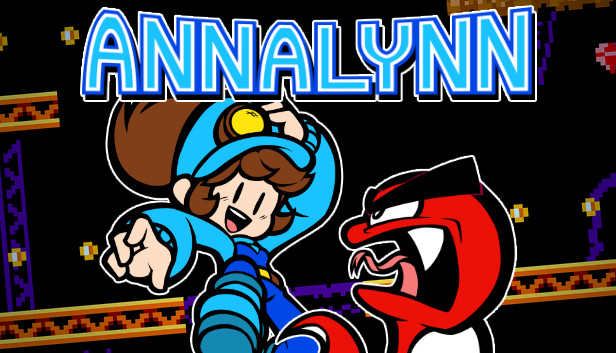 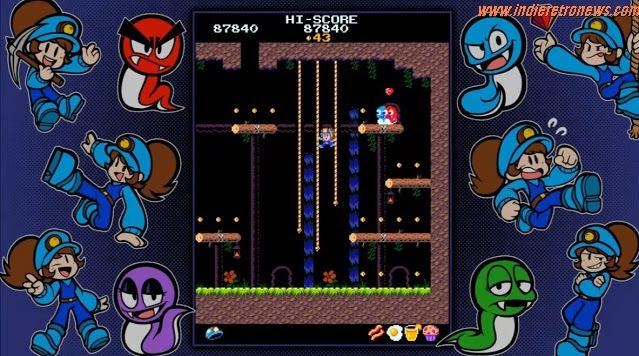 Every so often, I take suggestions for games to play from my best friend who I've unfortunately moved away from recently (but that's an article for later), Chexter. These suggestions end up very hit or miss, because while we have a pretty shared taste in games, I am also very picky for some reason. Annalynn was a definite hit, like a pie onto the face.

"WHAT THE FUCK IS ANNALYNN?" Well, it's a game originally made in 2016 by Cruise McElroy, and republished on Steam and Itch.io in 2021 to grab a nice spring in popularity. It's very simple, and what I'd compare to a modernized Pac-Man. You play as, well, Annalynn, which is the little blorbo up there in the ponytail and miner's outfittery. Collect gold, avoid snakes, grab rubies to get said snake's asses. There's eighteen rounds of the campgain mode, including a final boss, as well as a random mode, alongside many, many other goodies. This keeps the game relatively playable after your first session and completion, because the random mode works very well, scrambling levels and then doing it again.

It's a formula that's proven itself to work well enough, polished to have less of the Pac-Man annoyances, and set out for me to stare at. Works great. No complaints on gameplay, except that I have a skill issue as well. Took me a while to realize you automatically latched onto ropes, which prevented me from going past Jungle 3, but after that, the game was surprisingly a breeze. This is in thanks to Campgain having an unlimited amount of continues, penalty being a halved score. Random mode only gives you two of those. Again, it's simple, and that's how Annalynn works so well. Also, not to mention how scrimblo fucking bimblo Annalynn's design is. I am not immune to silly looking women...new Nephro blorbo, I guess.

With games as simple as these, there's not a lot of rooms for flaws to shine. I guess my only issue would be that there's a difficulty ramp with Jungle introducing so many obscructions at once, but it works.

But with arcade games, and short games in general, come the issues of replayability -- Annalynn fixes "do I want to play this again?" by offering a few awards if you practice and hone your skills enough. With achievements, you get...color palletes to use on Annalynn. Small, but awesome. And when you do beat the game for the first time, you unlock a cheats menu, said cheats including standard ones, difficulty rampers, and...giving Annalynn very cute voicelines. The voice she has is perfectly crunched for the vibes of Annalynn, and god, is it cute. Annalynn is cute. Fuck.

Overall, really good small purchase for your games library. I don't have anything bad to say, other than I should've paid more, seeing as I got it on the Summer Sale, but...it's only five dollars normally. Fucking steal for an indie game?

Get that steal on Steam here.