The Only Good Dakimakura Printer In The West?

The bar might be underground for this one. However,


WARNING: Going to any of the company sites mentioned in this article will bring you guarenteed NSFW imagery. Do not do this if you are under the age of 18. This article is also a bit cringe.

If you've been around me personally or seen previous pages on my site, you may also know by now this, but I'm one of those creeps who buy the long pillows with the girls on them to sleep with. Except I'm also a girl, which adds a slight dykeishness to the whole thing. Without getting into the topics of "my hobby is very obviously shameful and cringy but i think people should respect me otherwise", I've actually bought generic body pillows to hold and sleep with since middle school due to my massive sleep issues. Only in the last two years have I really gotten into dakimakura, and it's also been a massive pain on my wallet since then. Why?

A high quality dakimakura cover is not cheap, and never will be. Giant fabric print and all, but there are some companies that will do this for 30-40 dollars anyways. If there is anything you take from this article, do not fall for that shit. It'll usually be made of either velvet or peachskin, and both have their own seperate issues, which is fine if you like cheap stuff that isn't the most comfortable to put your face into to sleep with. However, I would also like to give a specific company a Hall of Shame entry, because not only did Mitgard sell a regular peachskin pillow for 80USD, it managed to have massive color issues with saturation and other features, and while this is an innate feature of the fabric, it couldn't even stretch over a standard 160cm inner pillow. Granted, my inner pillow is a Dakimakurai one, top of the class, heavy and big and very nice and comfortable, but 160cm is the literal standard for this shit.

And when I mean color issues, I mean...ok, just take a look at these comparisons. Some of this might be due to shit lighting, but it's still very obvious.

How do you get a brown saturated into a peach. How do you fuck up this badly. Might also be because it was inferior peachskin, but I digress, because I've gotten velvet covers with less issues.

Now, onto what I came here to write about, the title of the article, the big guy. CuddlyOctopus is genuinely one of the few good western Dakimakura circles, if not the only one that does custom printing. Admittedly, I forget that the pre-drawn dakis being sold exist sometimes, because I custom-order my embarassments. Commissioning artists is fun, god I love throwing money. In addition, CuddlyOctopus is fast, and the customer service is also very nice. When I was ordering my first CO daki, I may of been a bit overwhelmed with the custom process and sending the order number, and the person responding noticed and threw in some "man you'll be fine"s in there. This sticks with me for some reason. They're insiders for the hobby, dare I call dakimakura ownership, and they know what's up and what's needed for high quality. 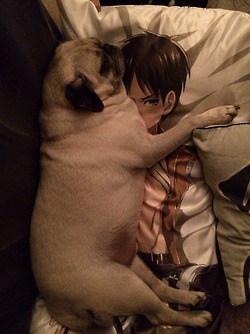 I haven't even gotten into the main reason CuddlyOctopus is so sought after -- the fabric. Their covers have one option -- Two-Way Tricot, often shortened to 2WT. Best shit you can get without paying up the ass for an imported one. Soooft. Almost skinlike. Stretchy for those big boy inners. The stretchiness is very good for me espessially, I have arm-muscle issues. Easy to wash as well. I'm not as much as a dakimakura maniac as some people out there, but still.

One criticism I have of CO, though, as well as basically everyone in this hobby -- while it is more a symptom of a widespread issue in anime communities, the catering to pedophiles. I do not want to see that shit while searching for something normal and something that would not get intercepted through airport security. There is an option on CO's site to turn off NSFW dakimakuras, but the SFW versions are still showing children on objects they shouldn't be. It's a little bit uncomfortable to browse the site as a result, yet a sacrifice I have to make just to get a dakimakura cover that doesn't entirely suck.

Actually, the dakimakura "community" sucks in general. Pedophiles, misogynists, tigers, oh my. I stay far away from it unless I absolutely must for some issue I have. Everybody should, actually. If you are that dedicated to naked women pillows as to join this shit, you already have some issues. I just want to sleep on top of my wife, for God's sake.

But yeah, make sure you buy from reputable dakimakura sites if you have to. Best choices are CuddlyOctopus for covers and Dakimakuri for inners. That's fast maths.