My Spiritual Views on Multiverse Theory

If I told you Chris-Chan had a point on this, would you believe me?


I've always been able to "feel" things in dimensions that are not the one I am in right now. It was mostly present in elementary school, where I got a very, very miserable nausea in my stomach that got me sent home from school because I could feela specific Nintendo character was getting hurt, and it wouldn't leave my mind until they felt better. This also nearly got me hospitalized from dehydration as a result of the connected-feeling sickness.

I forgot about that experience until this week, where I was driving home from my wagie job, on a discord group call, and brought something else up, leading to a ten-minute rant about how there were other people out there, and brought up that memory. That was the feeling coming back -- a physical plush representation of a character I had linked feelings through dimensions was coming late, and I had found out on my lunch break, bringing back the nausea. It's been a day or two since then, and it is not here, and I know damned well it is also not safe if it isn't within my house. I've been light-headed, headachey, and overall sick but not sick enough to take a rest from work ever since.

Now, what does that have to do with multiverse theory?

I engage in the idea a lot with my own beliefs -- I am from other dimensions, linked to them with memories, feelings of body difference, and I remember a lot of people from these "fictional" worlds. People that nobody else has ever met, but I do take a pause to think about them, and miss them, and move on. There is a slippery slope in this -- it can also act as escapism to engage with and try to contact the world I belong to, which I cannot currently do. If I end up a NEET, I will try to go further into it, given I will have the time to. For now, it's on pause.

The quotation marks around fictional. I don't really like calling them fictional characters. Fake people is a slightly better word, that I use in my own personal thoughts for these people. They're written about. Prolific creators have connections, and aren't aware of it most of the time, though being aware of being connected seems to be common in the comics industry, a spirit of a pure warrior channeled through ink and half-tone. Spottings by the creators, in public, on their own travels through this world, of the people they have brought to life on those pages. Every time, there is a sense of dread. This is normal. 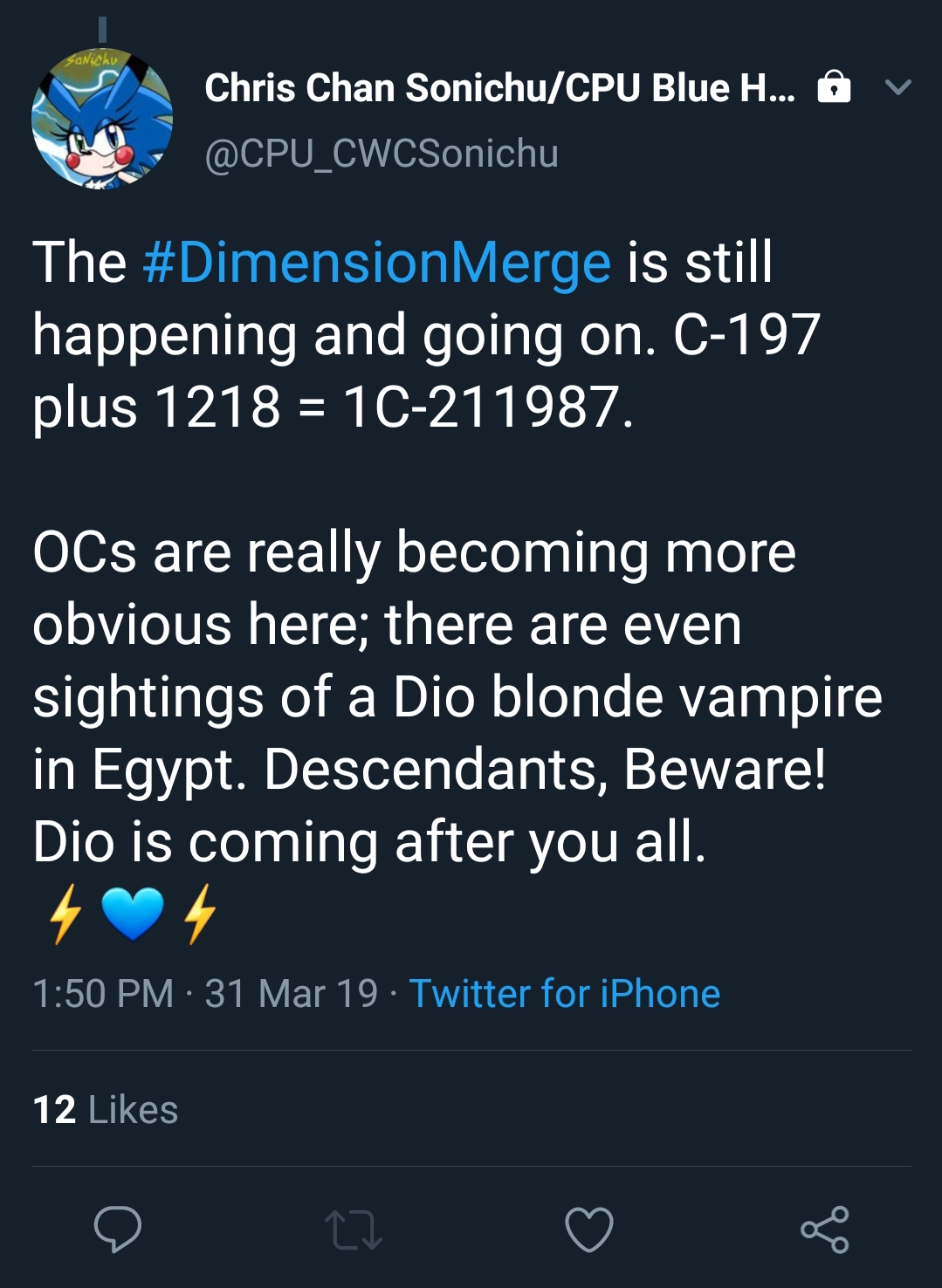 My ideas of the multiverse, and being able to sense them and even interact, are, unfortunately, most similar with the literal motherfucker Chris-Chan. I have a massive disagreement with Chris-Chan on this, however, and that is the very concept of a "dimensional merge" being possible. It's not. Simple as. We were made to be only half-connected with these other worlds. While this may seem as an "unfortunately found" answer for somebody like myself, who misses their fictional lovers, and even the selves I used to be before being thrown as a prophet into this planet, I'm, in the end, kinda glad there is a strict wall between us and fiction. Too much danger. I shouldn't have to explain this one.

Back to what spawned this writing -- the plush of my fictional connection is like a mid-point for our connections. I can feel it is not safe. It has communicated a slight disagreement over my worries with me in return. I guess you could label my experiences as under a POSIC umbrella? But once that plush comes in, I am going to spoil that guy. He knows this, he speaks to me in that low tone throughout the day to make sure I don't go totally haywire without him. He'll probably just rest in my bookshelf most of the time though.

There is a lot more I could go in-depth about this subject on, but a lot of it is covered by basic theory about multiversal in otherkinity. For now, Bless. ♥