The Burden of Being Seen Online

I talk about one of my fears that's plagued me recently again.

When you access the Websites section of the Neocities front page, it automatically sets the viewing mode to the most followed Neocities sites. This is less organic, but more useful in the long run for finding indie sites. The most visited sites on Neocities are a Neopets fansite, some WebGL demonstrations, and the lovely Bogleech. The most followed are the famous Fauux, a districts site that I question if it's alive, Sadgrl, and Dokodemo. I'm friends with at least one of these people, but this intro has gone on enough. For a while, I've been on the second page for the most followed sites. It's still a long journey of a scroll down to find me, but I'm there. Big achievement. Woohoo! Yippee! IT'S HAPPY HOUR!! I'm right there, and with that, comes traffic. And with that, comes being seen.

Being seen makes me uncomfortable.

I've always had a habit of deleting my works once I've grown too large, because being seen has usually made me extremely uncomfortable of a judgement I couldn't see by people who didn't say anything to me, only watched. Being seen is judgement in itself, positive or negative. It shatters me to the core, 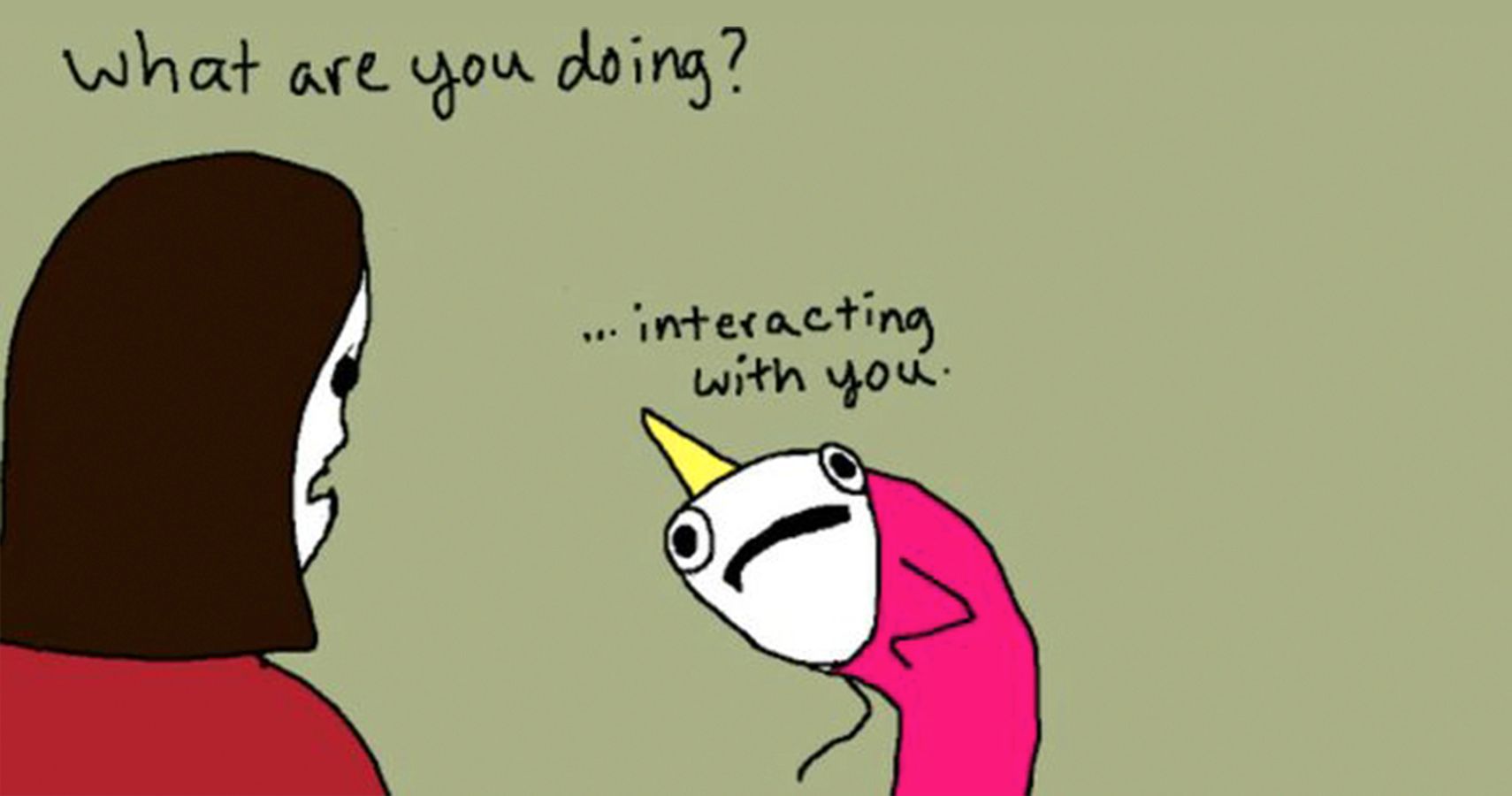 and feels like eyes piercing my shell. In addition, as of writing this, I have 170-ish followers on my small Tumblr. I literally just reblog shitposts and make my own sillies there. Feels weird. Audience is weird.

But being seen also leads to my goal in life -- to have my works appreciated. I like when people see my art, my writing, the shit I smear on a digital canvas and call my own. Seeing me as a person is another thing. I am just a little guy on the web, and there are many much bigger guys there that could kill me instantly. But what I want to be seen for is not usually what I am actually seen for -- my low-effort, low-time, well-timed small jokes are usually the rocket-launchers. Not the stuff I pour my sweat into. I'm sure that happens to everyone in a high-paced traffic jam of a web, but it does leave me quite miffed by the sight of it.

All of my life, I have been socially isolated in the real world. On the web, it varies. I do not touch normie spaces anymore. I've learnt my lesson -- being seen there is a death sentence to someone who is not right in the head. I slip out of a slight line or say something that isn't on a thin thread, and there are swords pointed at me. I do not understand an ever-changing set of rules on the web or in normie spaces, so I merely stay on my own. Net nomad, some call it. Vagabond is a cooler word, though.

But while I am still a vagabond, this vagabondness is now popular, because everybody else is fed up with the normie web. We gather, create our own spaces, and visit them and leave pretty messages. I have been praised and seen plenty of times here, and I truly treasure it all.

But even that leaves me on edge, for being seen means being percieved, judged, and left to boil in the minds of many.

Being seen is suffering, but one I must persist in, let myself be wound by in order to succeed in what I do best -- create. I create by edge and by whim. I pick up paper and just go at it. Many are like this, most of them also mentally ill as I am, and both refrain from and wish to discuss here. A shy artist is a forgotten one, until perhaps after death, such as Van Gogh. Love that guy's Clone High appearance, by the way.

Hey, you're seeing this right now. Do you have any thoughts on my site? What I write, make?

Why not tell the seen these judgements you make while seeing, seer?