needy girl overdose is a princess raiser and visual novel released in january 2022 after about a year of delay in which you help a mentally ill e-girl reach her streamer goal of a million subscribers. i first heard about it on /v/, and was instantly hooked, playing one ending before writing this review which was basically my first impressions of the game as a whole. i watched the rest of the endings on youtube because god could you fucking imagine. the game is great, heavy, and a masterpiece of commentary on two broad subjects -- the internet fame industry, and the fixabiltiy of the mentally ill.

since i've played it, it's blown up in popularity -- earning a switch release, rhythm game charts for a theme song sung with a fragile voice that just fits, and even a goodsmile brand figurine which i've actually pre-ordered since. lots of extra content contained in the official twitter account for the game as well, and all of the extras tie in very well with what the game is -- a social media fame quest.

you can guide your lovely internet angel towards many things -- fame, true fame, fame and then being abandoned, a mental breakdown, a cult, a streaming ban, and normiehood. it's a management game. oh, and you can also take her to therapy. isn't really a big part (just another place to go out to), but it is funny in the schemes. you can also watch her visit what is basically fictional /vt/. all paired to a wonderful soundtrack that truly sets the mood with random screaming.

i've noticed a split in between the fanbase and the men who play and the women who do -- the men want to fix ame and be in the protagonist's role, and the women want to be her. being ame-chan is not something to aspire to!! she exhibits almost every sign of a severe personality disorder, but i guess that's also WHY people see themselves in ame. either way, lol gender roles.

i would also like to mention that the /v/ and then /vg/ threads for needy girl overdose were a fucking disaster. it basically turned into a blogposting of searching for the mentally ill women that needy girl overdose explicity states as a bad thing to chase, they tried to make a discord server. it went exactly how you'd expect it to go. they've since died off, occasionally getting a mention on /v/. such is the nature of le boards.

i would reccomend for anybody tired of the modern web, critical of vtubers, or in any other way related to the field this game touches with a razor to at least try it out once. you cannot fix her, but that's part of the fun.

buy it here. trust me. it is good. 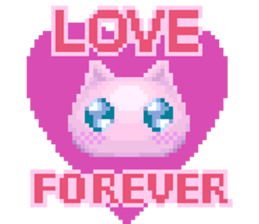